John Rose has been involved in myopia control for over 15 years and has successfully slowed down the myopia progression in young adults and children with the off label use of soft multifocal contact lenses.

Myopia is often understated and in recent years has become epidemic. The rate of myopia doubles every 30 years which is at a faster rate than obesity, making it 3x more prevalent (Opthal., 2015). By 2050, one billion are expected to be high myopes, and five billion with standard myopia. Two million people a week develop myopia worldwide (Ophthalmology, 2018), and most are not aware of the consequences that myopia progression entails. Recent studies have found that even mild myopia can yield a fourfold increase in the likelihood of serious eye diseases such as retinal detachment and degeneration, cataracts and glaucoma. This chance increases the higher the prescription. This is equivalent to the risk of smoking to cardiovascular diseases.

As parents, it is concerning to see a child’s vision worsen. Especially those who remember getting glasses themselves as children. Many studies now point to factors beyond genetics; and it is believed that environmental and behavioural patterns have a role in driving the significant leap in myopia occurrence in recent years (Guangzhou, 2015). Increasing ‘screen time’ and reduced outdoor play during a child’s development is almost a fact of life now.

Glasses are excellent for distance correction but in truth have little effect on slowing the progression of myopia, to the point where you may have already noticed frequent prescription changes.

However, at John Rose Eyecare, we have a strategy to control myopia progression instead of just correcting it. MiSight and NaturalVue Multifocal contact lenses have been proven to reduce the rate of myopia progression in children as young as eight. These soft contact lenses are safe for children to wear successfully and there is robust evidence that children are less likely to suffer adverse effects than adults! (Bullimore, 2017). 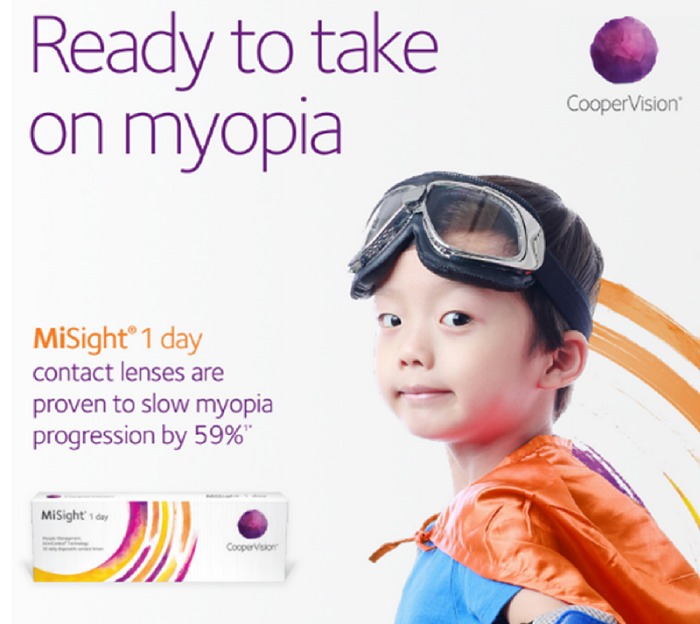 If you would be interested in finding out more information or booking an appointment then please contact the practice.